Creation of the system

In July 2003, the e-Government Construction Plan was established to optimize Japanese ministries' and agencies' operations and systems with the aim of further increasing cost-effectiveness and using human and non-human resources efficiently to simplify and streamline Japan's administrative functions for a simple and efficient government.

There had also been a renewed awareness of the importance of concentrated investment in waste-free research activities, prompting a call for early checking for duplication. It was determined that a system needed to be developed as soon as possible and the development schedule was dramatically shortened, moving the launch of the system forward from 2009 to January 2008. 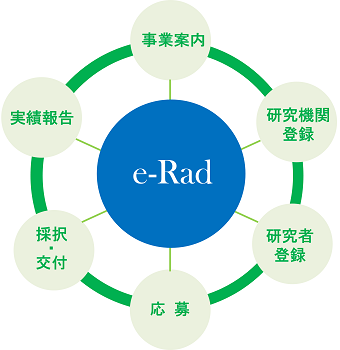 Effects of the system 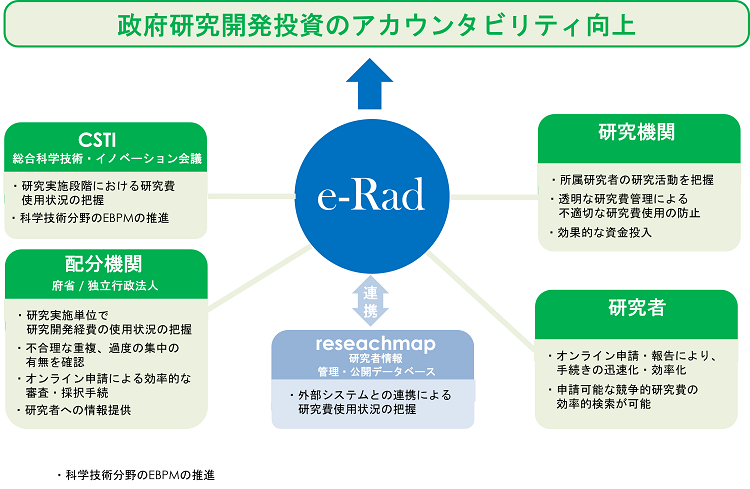